The new 2022 iPads went on sale this week, but most of our readers will not be picking one up. The opinions in last week’s poll were against the new Apple slates and with the same reasoning too – higher price, not enough upgrades to entice would-be buyers. 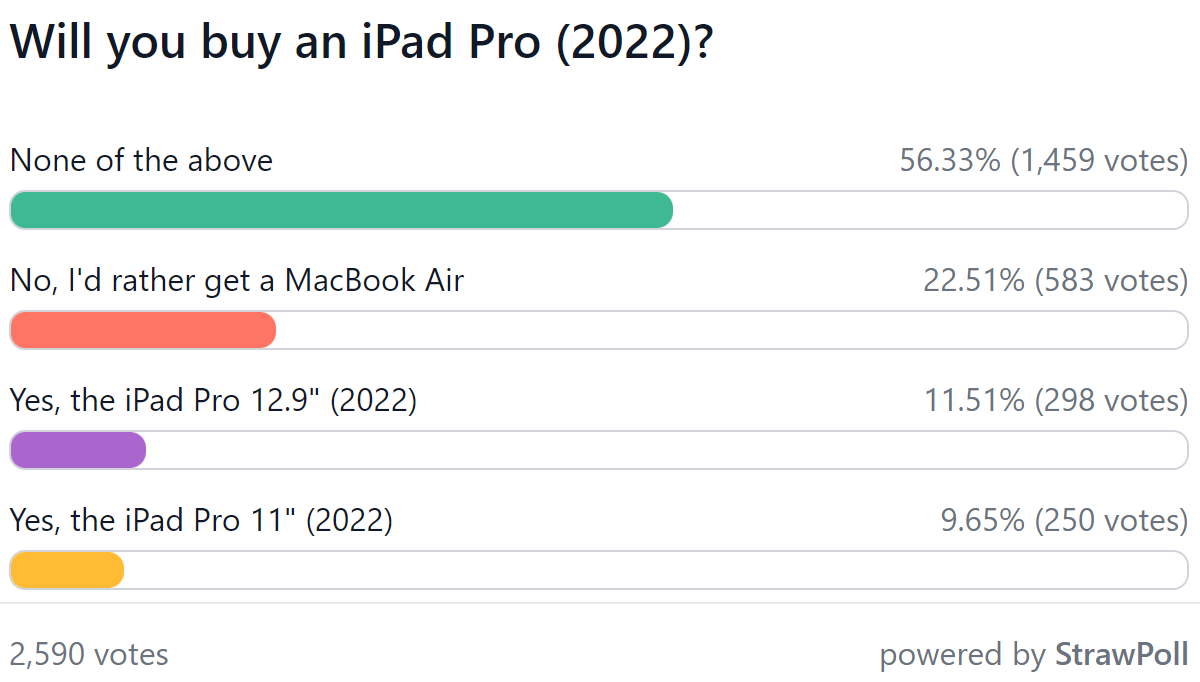 In the case of the iPad Pro 11 (2022) and iPad Pro 12.9 (2022), a MacBook Air is seen as a better tool for getting some work done on the go. macOS has always been geared towards work and creativity and has only gotten better over the years. Is iPadOS finally ready to let you harness the full power of the Apple M2 chipset?

Well, the new iPadOS 16 brought important improvements to multitasking with Stage Manager, which works even better when you hook up the tablet to an external monitor. However, this works on M1 iPads too, including the latest iPad Air, which despite a recent price hike is still cheaper than the Pros. Looking at 256GB slates, the Air is now $750, the iPad Pro 11” (2022) is $900. Also, the 2021 Pros work just as well, unless you really need that hover feature with the Apple Pencil.

And judging by the amount of negative votes (around 2/3rds), most people don’t want a cheap iPad. Or in some cases they don’t want a new cheap iPad – many in the comments said they have an old iPad that still does everything they need from it and see no incentive in upgrading.

We have no doubts that Apple will continue selling millions and millions of iPads. But it seems that the 2022 iterations will be part of the pack rather than the leaders of it.

This Ancient Grain-Sowing Method Could Be Farming’s Future