The 2012 film adaptation of the musical Les Miserables had a lot of big stars, but not Taylor Swift, though that apparently could have happened. She auditioned to play a role, but according to her it was a “nightmare” experience. Swift recounted the moment while on an episode of The Graham Norton Show with actor Eddie Redmayne. Redmayne was her scene partner in her audition and she was so embarrassed by how things unfolded in front of him.

“Basically, I was up for two roles … I had the look of Cosette and the range, vocally, of Eponine, so it was established I was there for a good time but not for a long time — I wasn’t going to get the role,” she said. She added that she was asked to come to London and was thrilled to hear she’d meet Redmayne, because she’s a big fan.

Swift said, “I thought, ‘This isn’t an experience I am going to get again in my life,’ so I said yes.”

She was right, but not the way she thought. 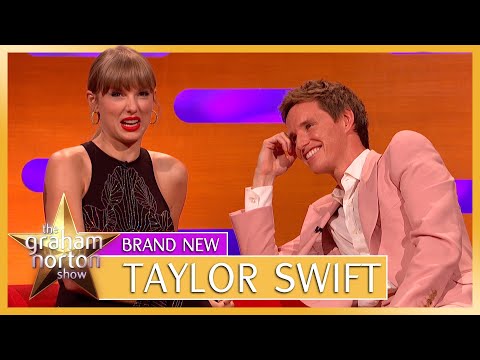 The filmmakers wanted Swift in “full 19th Century street urchin costume” for her screen test and even painted her teeth brown.

“I was like, ‘You are going to do that after I meet Eddie Redmayne right?’” Swift recalled. “But no, they made me look like near death and it immediately became a nightmare for me… When I met Eddie I didn’t open my mouth to speak!”

Oddly, Redmayne was also having mouth problems at the same time.

“My overwhelming memory of it is that I had just been to Pizza Express beforehand and had garlic dough balls beforehand … and all I could think about was my garlic breath,” he joked.

“You were weeping and I thought it was because of how I looked,” Swift replied. “It’s nice to hear we were both struggling in that moment.”

Eponine eventually went to actress Samantha Barks, and Redmayne was cast as Marius. While Swift didn’t get to be in her dream role, she has definitely done some other exciting projects since.

Aimée Lutkin is the weekend editor at ELLE.com. Her writing has appeared in Jezebel, Glamour, Marie Claire and more. Her first book, The Lonely Hunter, will be released by Dial Press in February 2022.

Is the crypto crisis good for the system?