Xiaomi leads the Indian smartphone market, Oppo is the only brand still growing

Xiaomi leads the Indian smartphone market, Oppo is the only brand still growing

A few days ago, Canalys published its report about global smartphone sales in the third quarter of this year (July to September), and today it’s back with a similar evaluation which is this time focused on the Indian smartphone market.

Overall, shipments in India declined by 6% in Q3 2022 compared to the year-ago quarter, which Canalys speculates happened because of weak demand for low-end devices. Total shipments were 44.6 million units, down from 47.5 million in Q3 2021. 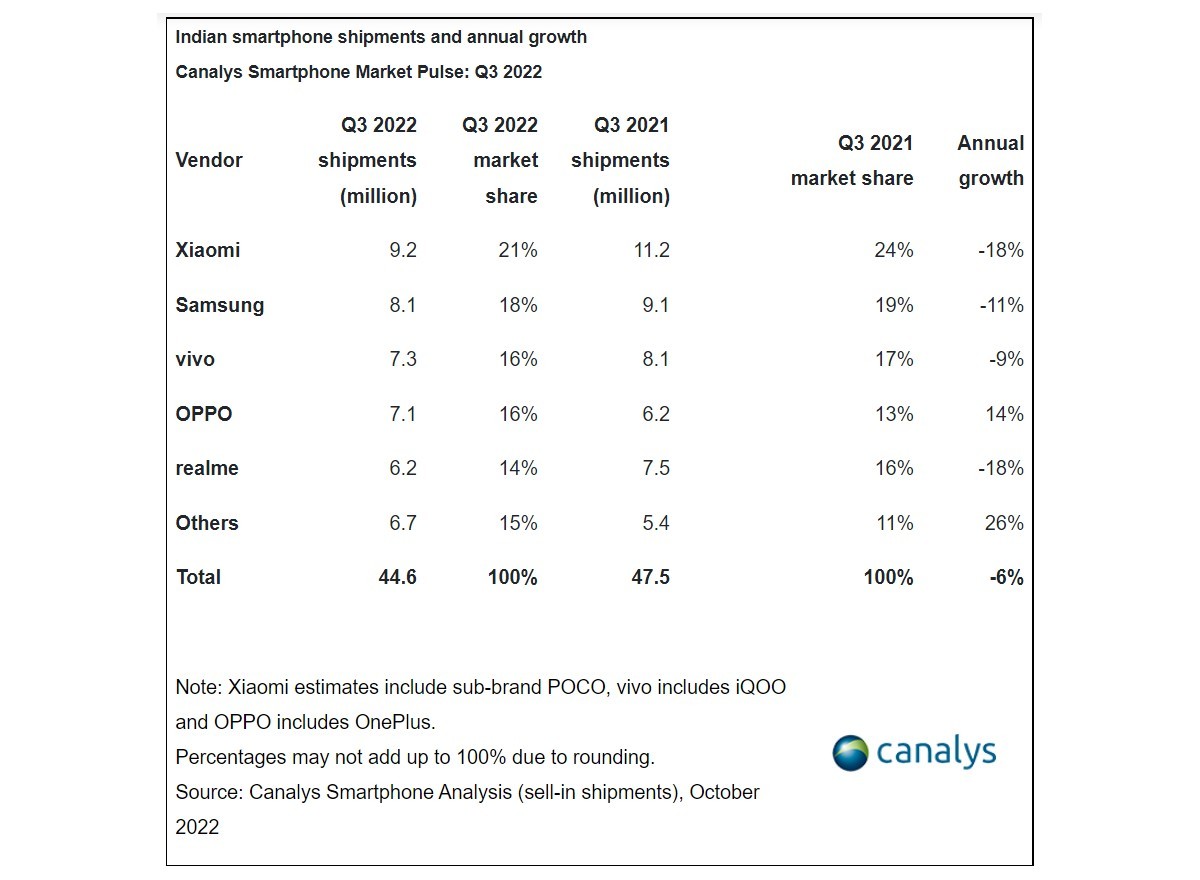 Xiaomi continues to lead the market, with 9.2 million units shipped and a 21% market share, although both of those numbers are down from Q3 2022 when it shipped 11.2 million devices and had 24% of the pie. In fact, four of the top five brands have seen both their shipments and their market share falling compared to a year ago.

Xiaomi and realme had it the worst in terms of shipments, both seeing 18% less units sold than in the year-ago quarter.

Block-the-Talk; Pushpendra Singh of Centricity on why it’s important to be aware of cryptocurrency payment mechanisms

The Quest to Treat Binge-Eating and Addiction—With Brain Zaps