Fandora – A Leading Blockchain for Sport and eSport Fan

Fandora – A Leading Blockchain for Sport and eSport Fan

What is the Fandora blockchain technology?

A blockchain platform for sports and esports fans that empowers them to manage and increase their influence over their favorite sports clubs, games, leagues and events

By 2022, we envision a world where sport/esport is defined not only by games, teams and tournaments, but also by massive interaction and influence from the fan community​​. Our goal is to drive the trend and make it happen through radically interactive optimization technology and the Fandora platform that will make this possible:

Sports and esports “crowd control” tools are capable of giving fans a Voting Voice to make strategic and management decisions of their favorite teams. Any tournament, any team and any game, will be realized using blockchain’s transparent and authentic technology.

With Fandora, fans can become micro-managers for each sports club, e-sports team – the manager of any entity (teams, leagues and events) on the ecosystem Fandora, meanwhile, in contrast to teams and leagues, can easily raise capital from fans by exchanging management rights for the crowd.

The global sports market is expected to grow from $354.96 billion in 2021 to $501.43 billion in 2022 at a compound annual growth rate (CAGR) of 41.3%. The traditional sports market has a large and loyal fanbase around the world that will help expand the strong Fandora network in the future.

The esports industry is home to the fastest-growing fan base of entertainment in the world – more than the global film and music industries combined. With 2.2 billion players across ecosystems and still growing, enjoy access to entertainment technologies. Esports fans with high tech savvy will surely make Fandora blockchain go viral.

The current sports/esport environment only offers a traditional ‘Contact’ channel such as email for fans. Paying fans buy exclusive products from the club and watch their favorite team perform, but they do so passively. Like traditional models, such actions do not create influence or interaction with their favorite team or athletes. Because all that action stops at passive observation.

There is no way that can help influence the decisions of that entity other than you have to create your own franchise. But with Fandora blockchain, you and the community can invest in your favorite club through limited release tokens, VIP member NFT tickets with voting functions and influence on the club. . The club will receive capital from the community as an investment and you will become a shareholder in the club itself.

A platform where fans can directly vote for their favorite clubs, influence and directly sponsor sports and esports events

The Fandora platform, built on the FAN governance token – will create a transparent environment that helps sports club/esport fans increase their voting power, participate in business direction and make big decisions for their favorite professional sports teams. This is done through Scalable dApps on Fandora, blockchain technology, digital ownership. Thereby creating a digital asset transaction infrastructure deployed through smart contracts in a safe and reliable way on the Fandora platform.

The Fandora blockchain solution turns team management into a gamified proposition in its own right, voting with financial products, using NFT as membership, earning governance tokens by contributing to the community. This can be called a ‘club management’ experience – any fan voting decisions or on-chain action will directly affect teams, clubs and competitions within the real world. Fan-controlled teams can operate on existing sports/esport infrastructure – creating independent competition of communities. 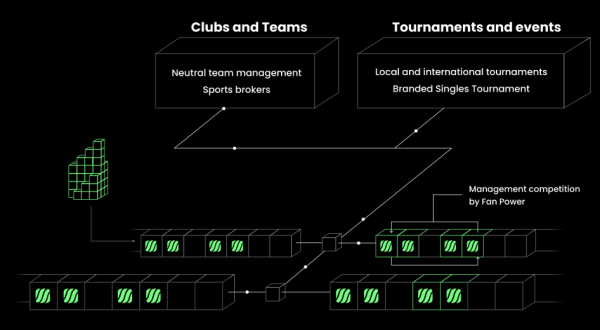 Fan Power: FAN token is used by fans to trade, vote and exercise their ownership on the blockchain as the micro-manager of that sports club or team.

The Platform: Fandora’s ‘Voting’ platform is based on blockchain and DAO voting, capable of deciding and voting for sports teams, players from semi to professional players.

Build a separate Sub chain for projects on Fandora 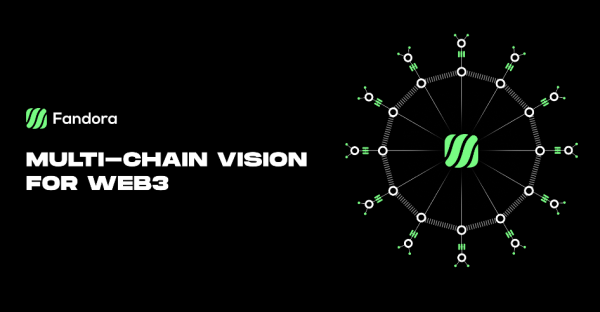 While other blockchain protocols only allow developers to build dapps using smart contracts, Fandora gives them full building and control with their own layer 2 blockchain.

This flexibility gives Sub chain developers the ultimate freedom to optimize for any use case. Imagine that dApps with a huge number of users like StepN or Axis Infinity can create their own ecosystem on Fandora, then the problem of scalability and network fees will be completely solved. dApps and protocols such as NFT marketplace, wallet, and DEX will be optimized for each separate Sub Chain.

Fan Power All sports teams – independent or affiliated – operating within the Fandora platform will be issued with a limited number of ‘Fan Power’, each of which is activated when auctioned with a Fandora native token . Fans who ‘stake’ FAN tokens through any automated smart contract – will gain voting rights for the group to which Fan Power is affiliated. Fan Power holders will vote regularly to decide on management and business matters and share a portion of that club’s profits.Maintain integrity in team management Each sports team operating within the Fandora platform will run their own Decentralized Autonomous Organization (pDAO), implementing democratic rule to poll Fan Power holders on any related decisions. to the team. Decentralized autonomous organizations of contracts executed on the blockchain, ensuring the integrity of voting by only those with Fan Power can participate in voting and influence proportionally to the amount of Fan Power they own.

Votes executed on a publicly verifiable blockchain will ensure that neither the Fandora Foundation or the organizations promoted by it cannot manipulate the voting results or ignore the direction of the fan community.

Power Queue Power Queue is a decentralized, democratic lounge to ensure fairness for all new Fan Power – as teams, tournaments are continuously created on the Fandora ecosystem. Power Queue is a slower way to get Fan Power when compared to buying and selling on Power Exchange, but this system will ensure fan Power at the “basic” ratio of 1 FAN = 1 Fan Power

Power Exchange Fans who own at least 1 or more Fan Powers have access to the Power Exchange, which allows fans to buy, sell, and auction off the Fan Powers under their control and the voting rights they hold. The system gives fans added value in entertainment and community prestige, as they can utilize this location to exchange Fan Power for FAN tokens at an “basic” rate.

Fans can choose to bid to ensure their community’s Fan Power is stronger than rival teams. This gives a larger percentage of that community’s network on the Fandora blockchain, meaning that community’s voting power can affect the entire Fandora ecosystem.

Transaction fees and service platforms help underpin digital asset business models on Fandora.The Fandora platform will monetize the sports/esport fan base by charging a small fee for all transactions and projects generated on the Fandora Blockchain. Voting and decision making for groups, tournaments, and events as fans will always be free once they’ve reached a base Fan Power.

The fee that will be collected from all exchanges/trades on the Fandora platform is a small percentage depending on the type of service:

Power Exchange transaction fee: All P2P transactions are done on the exchange of the Fandora platform, a place for fans to buy and sell Fan Power ownership of specific teams, leagues & events.

The Fandora Platform is not simply about paying teams, tournaments or event organizers to leverage their individual fan bases, but also integrating them into the Fandora ecosystem, placing in in the Sustainable Fan Engagement Model – fostering loyal fan engagement not only by marketing, but as part of a business investment model. 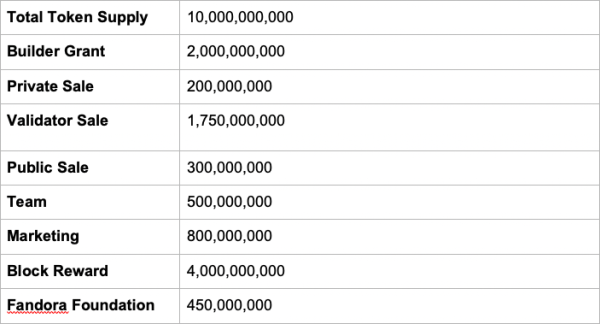 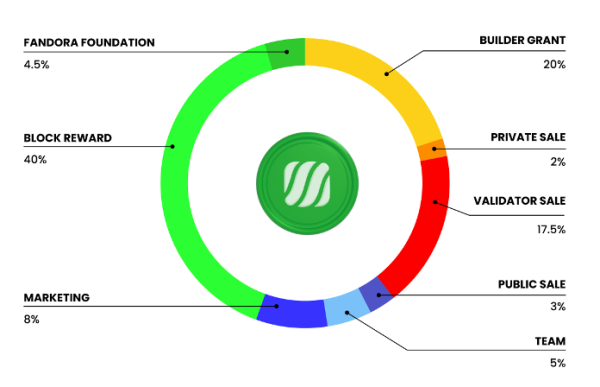 How To Find Pains That Lead to Rapid-Growth SaaS Solutions