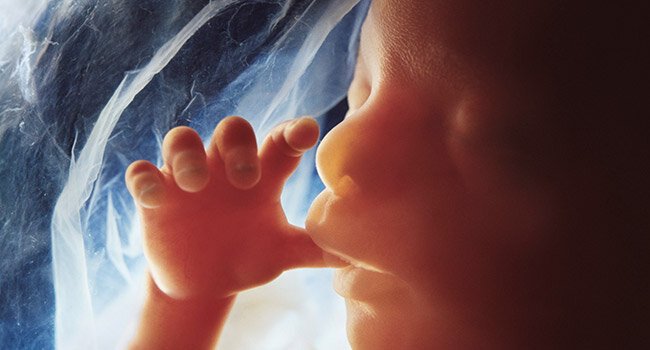 For 18 years, GetReligion has argued that mainstream news organizations need to pay more attention to the Religious Left. Yes, I capitalized those words, just like the more familiar Religious Right.

The Religious Right has been at the heart of millions news stories (2,350,000 or so Google hits right now, with about 61,600 in current news). The Religious Left doesn’t get that much ink (322,000 in Google and 2,350 or so in Google News), in part — my theory — because most journalists prefer the word “moderate” when talking about believers in the small, but still media-powerful world of “mainline” religion.

But there is a church-state legal story unfolding in Florida that cries out for coverage of liberal believers — with an emphasis on the details of their doctrines and traditions, as opposed to politics. Doctrines are at the heart of a story that many journalists will be tempted to cover as more post-Roe v. Wade politics.

I suspect, if and when this story hits courts (even the U.S. Supreme Court), journalists will need to do their homework (#FINALLY) on the Religious Freedom Restoration Act of 1993. The big question: What does religious liberty (no “scare quotes”) look like from a Unitarian point of view? Hold that thought.

First, here is the headline on a long Washington Post feature: “Clerics sue over Florida abortion law, saying it violates religious freedom.” Here is the overture:

When the Rev. Laurie Hafner ministers to her Florida congregants about abortion, she looks to the founding values of the United Church of Christ, her lifelong denomination: religious freedom and freedom of thought. She taps into her reading of Genesis, which says “man became a living being” when God breathed “the breath of life” into Adam. She thinks of Jesus promising believers full and abundant life.

She is among seven Florida clergy members — two Christians, three Jews, one Unitarian Universalist and a Buddhist — who argue in separate lawsuits … that their ability to live and practice their religious faith is being violated by the state’s new, post-Roe abortion law. The law, which is one of the strictest in the country, making no exceptions for rape or incest, was signed in April by Gov. Ron DeSantis (R), in a Pentecostal church alongside antiabortion lawmakers such as the House speaker, who called life “a gift from God.”

The lawsuits are at the vanguard of a novel legal strategy arguing that new abortion restrictions violate Americans’ religious freedom, including that of clerics who advise pregnant people. The cases are part of an effort among a broad swath of religious Americans who support abortion access to rewrite the dominant modern cultural narrative that says the only “religious” view on abortion is to oppose it.

The story notes that the Florida law “also makes it a felony to ‘participate’ in an abortion” which could, these church-state activists argue, include a free-speech issue with echoes of cases about privacy and confession — whether clergy can council “pregnant people” (that’s the Post language) to have abortions.

“Since time immemorial, the questions of when a potential fetus or fetus becomes a life and how to value maternal life during pregnancy have been answered according to religious beliefs and creeds,” say the suits, which use identical language except when describing each plaintiff’s faith.

The new law, the suits read, sets “a pernicious elevation of the legal rights of fetuses while at the same time it devalues the quality of life and the health of the woman or girl who is pregnant. It is in direct conflict with Plaintiff’s clerical obligations and faith and imposes severe barriers and substantial burdens to their religious belief, speech and conduct.”

One of the strengths of this story is that it does feature the voices of old-school church-state liberals — First Amendment liberals with strong religious-liberty credentials — that note some of the strengths and weaknesses of arguments abortion opponents will have to use.

For starters, the Dobbs decision that overturned Roe simply sent the Big Questions back to state legislatures. The rights of unborn children? That has not been settled.

This brings us to a crucial church-state phrase — “compelling government interest.”

Douglas Laycock, a professor at the University of Virginia School of Law and an authority on religious-freedom law, said states and the Supreme Court could curtail the efforts among faith leaders who support abortion rights by arguing that there is a “compelling government interest” in protecting fetal life. And the right kind of compelling government interest can be an exception to most constitutional rights, he explained.

“For better or worse, a compelling government interest is whatever five justices say it is,” Laycock said. “It’s a matter of judicial interpretation, not legislative enactment. And pretty clearly, we have six justices who would happily say that the state’s interest in fetal life is compelling” and outweighs the free exercise of religion.

Here’s another key point: Theology (and science) can cut both ways in courtrooms and judges will need to honor that. Here is a crucial passage with voices on both sides of the abortion debate:

Asma Uddin, a religious-liberty attorney who worked for the Becket Fund and has written books on religious freedom, said an antiabortion state legislature might back up its “compelling interest” by citing scientific descriptions of young fetuses. Thus far, since states haven’t established what status fetal life has because when Roe was in place, antiabortion arguments could go only so far, Uddin wrote to The Post. …

Marci Hamilton, a University of Pennsylvania constitutional law scholar and one of the attorneys for the Florida clergy, said the cases are a “test” that she will soon take around the country. The Florida Constitution has a broadly worded right to privacy that the state Supreme Court has found to include the right to abortion. The state also has an “RFRA,” or Religious Freedom Restoration Act, that strongly limits when the government can restrict someone’s religious liberty.

Ah, this brings us to RFRA, a topic of frequent discussion here at GetReligion in cases when — in recent years — religious traditionalists have clashed with fierce state enforcement of the doctrines of the Sexual Revolution.

Now the shoe is on the other foot? If so, reporters need to dig into the kinds of questions and facts that define RFRA appeals. Also, it’s crucial to grasp that RFRA (the product of a remarkable left-right coalition) doesn’t guarantee success in a lawsuit — it merely sets guidelines for how believers can argue for exceptions to laws that they believe limit their First Amendment rights. If you know your history on these matters, dig into a search for these terms: “GetReligion,” “RFRA” and “peyote.”

Yes, there is an obvious question: Can states show a “compelling government interest” that supports limiting religious freedom on this issue?

I have, several times, shared the following speculative parable about what RFRA might look like from the viewpoints of religious liberals. I have placed some relevant phrases in bold italics in this version:

… Let’s say that there is a businessman in Indianapolis who runs a catering company. He is an openly gay Episcopalian and, at the heart of his faith (and the faith articulated by his church) is a sincere belief that homosexuality is a gift of God and a natural part of God’s good creation. This business owner has long served a wide variety of clients, including a nearby Pentecostal church that is predominantly African-American.

Then, one day, the leaders of this church ask him to cater a major event — the upcoming regional conference of the Parents and Friends of Ex-Gays & Gays. He declines, saying this would violate everything he stands for as a liberal Christian. He notes that they have dozens of other catering options in their city and, while he has willingly served them in the past, it is his sincere belief that it would be wrong to do so in this specific case.

In this new Florida fight, it will be interesting to see how the pro-abortion-rights believers describe the specifics of their doctrines and how long their religious traditions have defended these teachings. Meanwhile, how can these liberal believers practice this crucial element of their faith — sexual freedom, backed with abortion — without access to local clinics?

It’s going to be tempting for journalists to focus on Jewish voices, in part because of the history of deep, scholarly arguments about Jewish teachings on this topic. Simply stated, there are articulate lawyers and theologians on both sides and they are easy to quote. Oh, and there are more than two sides here — there are articulate defenses of Jewish stances that, in political terms, are in the middle.

Here is part of a helpful article on the Jewish Experience blog at Brandeis University: “Do Abortion Bans Violate Jews’ Religious Rights?” Read this carefully and look for nuance:

Jews’ views on abortion largely depend on how observant they are and their denominational affiliation (Orthodox, Reform, Conservative, Reconstructionist, etc.).

But there is widespread agreement among scholars and rabbinical authorities that a complete prohibition on abortion is inconsistent with Jewish law and tradition. Under Jewish law, an abortion to save the life of the mother is permitted.

For this reason, Lisa Fishbayn Joffe, the Shulamit Reinharz Director of the Hadassah-Brandeis Institute, argues that extreme anti-abortion laws risk infringing on Jews’ religious freedoms. Earlier this week, a Florida synagogue made this argument in a suit filed in a state court against Florida’s law banning abortions after 15 weeks of pregnancy.

OK, define “extreme”? The specifics of Jewish law — in various traditions — will come into play.

I’ll end with a personal observation. If you are interested in the history of American religion, Unitarians have played an interesting role in debates about religious freedom. In this case, it can be argued that — for centuries — Unitarians have preached a doctrine of having few if any doctrines. That is part of their tradition and they will have no trouble proving that fact in court. How will judges handle that?

Broaden “Unitarian” to “Deist” and all kinds of famous names come into play. Prepare for pro-abortion-rights lawyers to offer pages of quotes from the first six American presidents?

This is a real story, with obvious legal implications. It’s time to let voices on the Religious Left describe what they believe and why abortion plays a crucial role in those beliefs. Journalists need to ask the same sharp-edged questions that they would ask believers on the Religious Right.

A brief history of the American shopping mall